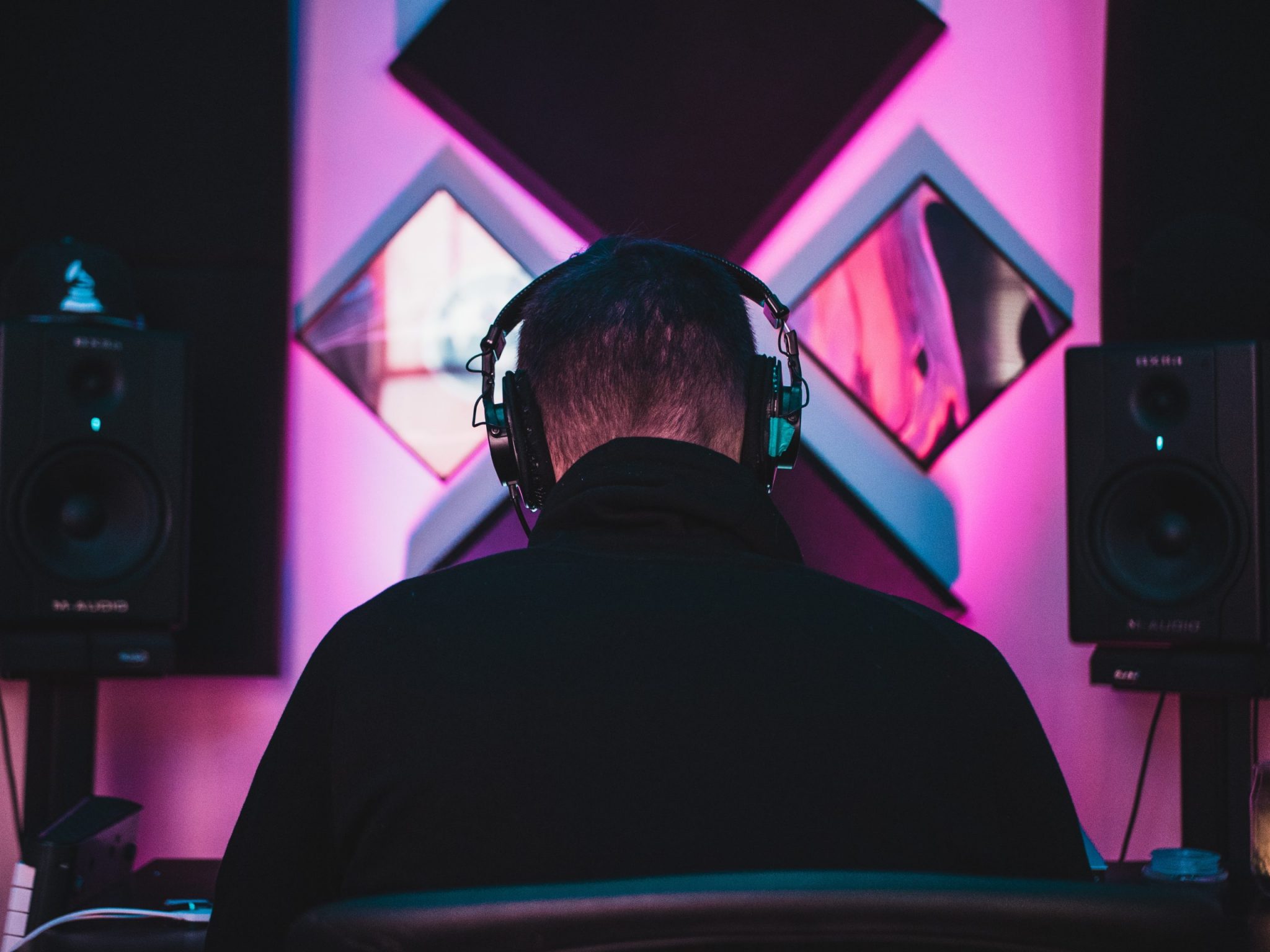 With the rise of automated mastering software, many artists are opting for the quick and easy solution to mastering. We tried to be as objective as possible, so we decided to interview up and coming hip-hop artist and rapper NATE about his experience with the service. He also offered to let us use the one of his tracks so you can hear how and why he does and doesn’t use the service.

Before we get to the interview, for a limited time we are offering a free trial of our mixing and mastering service so you can hear the difference for yourself. Click here to learn more.

_B:  What’s your overall experience with mixing and mastering in general?

_B: When it comes to the business side of music, what prompts you to want to outsource the post production of your music?

NATE: For the most part, my main motivation to taking a DIY approach is money. Sometimes you record a track and you feel as if the performance you gave in your home studio can’t ever be replicated, as an artist, if we make a song and feel like the performance is great, then we feel entitled to take charge of the mixing and mastering. Why? Because we know exactly how we want it to sound, and as masters of our craft we are willing to sit at a computer for hours tweaking and twisting virtual knobs to mirror the exact sound that we hear in our head. It may not be the same for all artists, but those are my reasons.

_B: Which do you think is more important: mixing or mastering? Why?

NATE: Mixing is definitely the most important part to a song. Like I said in my answer to the first question, the mix can make or break a record. People don’t want to hear distortion at the high end of a vocal, or wait for a beat drop just to hear that the drums are non existent and hiding behind the bass. In order for an artist to give the listener a complete experience of any song, the mix of that song has to be spot on. Mastering enhances some dynamics and adds depth to certain elements, but if the mix isn’t great, then the master will not help the song. There’s a reason why the word mixing comes before mastering.

_B: I remember you mentioned using Landr before. What prompted that decision?

NATE: Well back in 2016, I wasn’t working yet and couldn’t afford any studio time. I recorded my album on Garageband and bounced everything without any knowledge of mixing or mastering. I remember someone telling me that mastering my music could help get me on the radio. The word radio was enough for me to look up different mastering sites, and Landr seemed to be the most affordable. Although the mixes were straight up awful, the mastering gave me confidence in the music I was releasing. That was pretty much why I started using the instant mastering service.

_B: What are the pro’s and con’s of Landr, in your experience?

NATE: I’ll start with the pro’s, Landr is quick, you can pop your mix in and it’ll have the master ready in less than 5 minutes. Landr, is affordable for the most part, a high quality WAV file is 9.99, and a low quality MP3 is 2.99. Another pro is that Landr’s a website, the masters are always available no matter where you are. As long as you have access to a computer, you can sign in and download your masters at any time. Now as for the cons, Landr doesn’t allow you to tweak the master beyond the loudness. Sometimes you want the bass to hit harder, but there is no way to alter that unless you go back to your mix and alter it through compression and EQ. Landr also charges you a whole new master price for wanting to higher the volume of the master. Lets say you purchased a master and downloaded it with a medium intensity, if you go to your car and realize it wasn’t loud enough, you choose the high intensity, but you’ll have to spend another 10 dollars to get it.

_B: Do you trust Landr? Do you think you get what you’re paying for?

NATE: Well, it’s really hard to say whether or not i trust robots and computers, for a short answer I’ll say no to your first question. As far as the second question, I do think I am getting what I’m paying for. If i go to a professional mastering engineer with platinum credentials, and Grammy nominations, my guess is I’m going to end up paying an arm and a leg for just one song to be mastered. With Landr, I’m paying $10, I’m really not expecting a Bob Katz sounding record, but it’s good enough to get the average listener to tune in.

_B: When you’ve decided to hire Studio 411 for mixing and mastering, why did you choose to do so?

NATE: I think I started working with Studio 411 on the last leg of 2017. Other than the head engineer being my go to for any of my major releases, I felt like the studio could be a staple in my career. Somewhere that I could go and get the best sounding product, something that I can represent and promote. I wanted to work with Studio 411 because I saw the potential that it has to be the best and most credible recording studio in the city of El Paso, and even the state of Texas.

_B: There’s obviously a huge price difference between Landr and Studio 411. Why would you choose one over the other?

NATE: Here is the answer that I give people when they ask me why I spend money on recording at the studio: “I can mix a single, as best as I can to match something that’s dominating the charts for the time being. I’ll throw it into Landr, and the track will be ready for release in a couple weeks. Great art takes time, from the production, to the lyrics, and especially the post production. I haven’t had the experience needed to trust myself in engineering an entire project. I feel like there would be a lot of inconsistencies within tracks, and I don’t believe in releasing something that doesn’t sound like it was carefully crafted. I would rather take my project that I have been working on for 2 years to someone who knows their craft better than they know anything else for those 2 years of my hard work to be reflected in their mixes and mastering.

_B: Have you hired anyone else to mix and master your music before? What was the result?

NATE: I remember hiring an engineer on Fiiver to mix and master one of my tracks, the end result wasn’t bad, but the track was missing warmth, and key elements that I get from Studio 411.

_B: How difficult is it to find a qualified engineer or studio you can trust?

NATE: I feel like finding a great studio is very hard. It’s easy to be influenced by the bigger stars and going to record in the studios that they record in because you feel that if they got a hit record, then you can too as long as you record in that studio. In all reality, only the artist has the capability of creating a great record, but the environment around them can affect the performance and execution. Artist’s lose confidence because of  these external factors and in most cases, never release the record. Sometimes engineers can give the artist suggestions and tips, the artists who take it are interested in making the best sounding product if they’re taking other people’s advice, but these comments can also make other artist’s feel uncomfortable and can also instill a sense of doubt in their art. I feel it all depends on the artist, they have to find an engineer that they feel comfortable with, once they have that go to person, then at the point the studio doesn’t really matter since the chemistry has been established between both parties.

_B: If you can give an artist any advice on the subject of mixing and mastering, what would you say?

NATE: Please get your tracks mixed and mastered. Shop around, talk to people, visit your local studios, I cannot tell you how many times I have listened to a song and 10 seconds in I end up closing the tab because of crazy distortion or a piercing high frequency hitting my ear drum. People who love listening to music love to listen to quality, and that includes the mix. Mixing and mastering can give the artist confidence in whatever they are releasing which can drive them to continue making art.

Landr has it’s spot in the industry as a quick solution. There’s no doubt about that. The best way to find out whether or not it’s the right solution for you is by hearing the difference for yourself and deciding if your project needs a better solution. Lets get on with the comparison.

The song was recorded and mixed by NATE. Mastering was submitted both to Landr and Studio 411. Tracks are labeled so you know which one you are listening to. Post what you hear the difference is on the comments!

_bayland brings years of recording studio experience to Studio 411. He has worked with numerous independent artists, major label acts and been fully immersed in the music business since graduating from Full Sail University. Other than his experience, Chris brings great conversation, wit and a strong enthusiasm for Peaky Blinders.

Be Wise About Your Gear Upgrades

The Wisdom Of Subtractive EQ